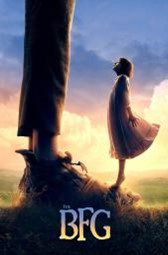 The BFG — which was directed by Steven Spielberg and based on Roald Dahl’s beloved fantasy book — is about a Big Friendly Giant (BFG) and Sophie, the young orphan he first snatches and later befriends. The BFG is a benevolent giant who takes Sophie to Giant County, where they attempt to stop man-eating giants that are invading the human world. While the scares are enough to keep the littlest audience members away (or at least with their eyes firmly covered), this tale about discovering friendship and family in the unlikeliest places also offers sweetness, humor, and heart — as well as themes of courage, empathy, and perseverance.